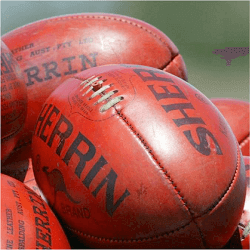 Founded as the Victorian Football league or VFL as a divergence from the Victorian Football Association, the VFL consisted of just two teams based in the Australian State territory of Victoria.  This was then changed to the AFL for the 1990 season as the league expanded to other States of Australia in the 1980’s. Today the AFL Toyota Premiership consists of eighteen teams from 5 Australian States.

The 2017 AFL Toyota Premiership will kick off on the 23rd of March and run well into September. The top eight teams will progress through to the quarterfinals.

The teams that claim victory in the quarterfinals will do battle on the pitch for bragging rights and ownership to the crowned champions of the 2017 AFL Toyota Premiership.

The 2016 AFL Toyota Premiership final was contested between the Western Bulldogs and the Sydney Swans. The Bulldogs scooped victory over the Swans with a twenty-two-point margin.

This was the second victory for the Bulldogs in sixty-two years, breaking the longest victory drought in AFL history.

The best player in the League was awarded to Patrick Dangerfield and Josh Kennedy was awarded the highest goal scorer. Both players are monsters to keep a watchful eye over.

Greater Western Sydney with no real weak spots, young stars improving at a rapid rate and the addition of veteran Brett Deledio to the team make Greater Western a force to contend in the upcoming 2017 AFL Toyota Premiership.

The Western Bulldogs on a high from the championship last year and with seasoned veterans including Matthew Boyd, Robert Murphy, Dale Morris and newly signed Travis Cloke propel the Bulldogs into a prominent position for the AFL Toyota Premiership.

The Sydney Swans were the runners up in 2016, with a record that seems to hold true for now the Swans have reached the finals of the AFL Toyota Premiership every second year since 2012.

Based on this dooming prophecy the Swans have been discounted from the final in 2017, but with a determined team they may just break the cycle.