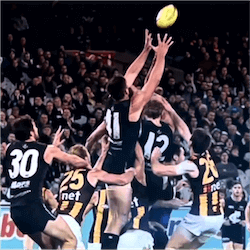 Round One of the AFL Premiership Coming Up

18 teams are set to face off in the first round of AFL 2017 Toyota Premiership, starting with Carlton vs Richmond with some big names taking to the field including the likes of Richmond midfielder/forward, Dustin Martin. He played 22 games last season and also managed to bag the Yiooken award as well as the Jack Dyer Medal, so we can expect some explosive game play straight off the boot in the first game of the season.

The opening match is set to kick off on Thursday the 23rd March and is followed the next day by Collingwood vs. Western Bulldogs. Saturday will see the Sydney Swans vs. Port Adelaide, St Kilda vs. Melbourne, Gold Coast SUNS vs. Brisbane Lions and Essendon vs. Hawthorn. Sunday winds down with North Melbourne vs. West Coast Eagles, Adelaide Crows vs. GWS GIANTS and Fremantle vs. Geelong Cats. With so much going on punters will have no problem finding a decent game to place a wager or two on in this epic Tournament.

A whopping 23 rounds await sports fans with the Finals Series getting underway in early September and will culminate in the Toyota AFL Grand Final on September 30th. But let us not get too far ahead of ourselves just yet, we have a serious mountain to climb with the AFL 2017 Toyota Premiership and we can expect some big games and some big results heading our way. Be sure to check up with us for all the latest news and AFL goings on for the 2017 season.