All the AFL Round 13 Footie Action 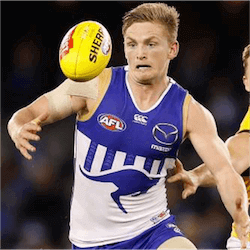 With 12 rounds down and 11 to go, we are over halfway through the 2017 AFL Premiership season. Round 13 this weekend is the last of the bye rounds, which will be a relief to many teams. Adelaide Crows and GWS Giants, currently topping the ladder on 36 points each, will be immensely frustrated to be sitting idly by, while Geelong Cats face West Coast Eagles at the Domain Stadium on Thursday.

The Cats are currently third on the ladder, with the Eagles lying ninth. If the Cats win in Perth, they will be on 36 points alongside the leaders, perhaps even ahead of the Giants. If the Eagles win, they will leapfrog Essendon, who also have a bye this weekend, and possibly knock the Melbourne side out of the Top 8.

The other sides sitting out this round are Fremantle, currently in 10th position with 24 points, Collingwood in 11th with 20, and Hawthorn, lying second-last on the ladder with 16 points.

Friday night’s match is a Melbourne derby in the Etihad Stadium: the venerable antiques of AFL, North Melbourne, against the Saints. It’s too close to call, so it will ensure betting thrills one way or another: St Kilda has a better record so far this year, with five wins and 20 points from 11, while the Roos are on four from 11 and 16 points. However, they also have two wins from their last three matches, while the Saints are on a three-game losing streak.

Saturday’s big game sees Richmond host Sydney at the MCG. Although the Tigers are fourth on the ladder with 28 points, the Swans are on the comeback trail after their Round 12 drubbing of Western Bulldogs 88-42, so Sydney may surprise and scoot up a notch from their current 14th place.

Bulldogs Versus Demons on Sunday

In the other two games on Saturday, most punters reckon that Port Adelaide should have no trouble dispatching bottom-of-the-ladder Brisbane Lions, and that Gold Coast Suns will probably have the measure of Carlton Blues.

Sunday’s derby between Melbourne and the Bulldogs in Etihad Stadium could be another clash of the titans; defending champions the Bulldogs will want to recover their poise after last week’s loss in Sydney. The Demons will be defending their sixth place on the ladder against the Dogs in eighth; with both sides currently on 24 points, the winner is sure to move up in the rankings.