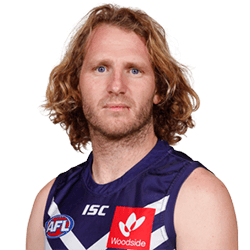 David Mundy of the Australian Rules Fremantle Football Club broke his leg in a cycling accident he endured whilst playing with his children. The player suffered a fibular fracture just above his ankle after his foot came off the pedal and hit the gear chain. He returned to training for two weeks but pain saw him undergoing scans recently, which revealed the break.

Peter Bell, Head of Football for the Dockers, has let it be known that there is no real time frame in place for the midfielder’s return. With roughly 90 days left until the team’s Round 1 match at Marvel Stadium against Essendon, however, he is in a race against time if he wants to be fit enough to be on the field as his 17th season kicks off.

Bell stated that Mundy managed to complete a fortnight’s worth of training with no real issues, but complained of soreness on the last Friday. He said that the player was a total professional and that he had no doubt that Mundy would be doing everything possible to get back into shape for his upcoming games in 2020. The nature of the injury, however, makes it difficult to say when that will happen.

Mundy signed a 1-year extension to his contract with Fremantle at the end of August after appearing in all of 2019’s 22 games. He’s now played in the second-most matches in the history of the club, ranking just behind Matthew Pavlich.