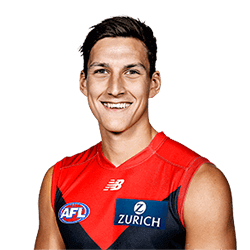 Sam Weideman, who has been making waves in the AFL, might see a spot on the team due to an injury that Melbourne ace Jesse Hogan suffered not long ago. Hogan, 21, has only been involved in 5 AFL games so far this year, and has proven himself enough to earn selection for their high-stakes game against West Coast, which is set to take place in Perth.

Forward Jake Melksham, who is currently sidelined due to a hamstring injury, has also been selected to take part in the clash against West Coast.

Ben Jacobs, after suffering from a concussion that he suffered against North Melbourne, will be missing his eighth game in a row for the AFL season. Brad Scott, head coach of the Kangaroos, told reporters that Jacobs is still dealing with the effects of the concussion, and that that the player has only managed to play one game of the last 12. He confirmed that Jacobs will not be attending the game against Adelaide.

Captain Trent Cotchin and defender David Astbury have been ruled out by Richmond for their match against Essendon. The Tigers are already playing without midfielder Dion Prestia over a hamstring injury, with Kane Lambert and Dan Butler currently recovering from ankle surgery.

Will Hoskin-Elliot is expected to take part in the AFL match against Port Adelaide, despite the forward being better suited for a prop position. It will be an important match for Adelaide, and their last chance to make it into the finals.