Betting Buzz Builds for The Everest

The Everest Debuts at Randwick on Saturday 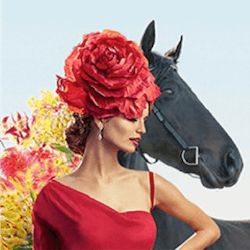 One thing a race with total prize money of $10-million dollars will do, is create a buzz in racing circles. The inaugural The Everest at Royal Randwick on Saturday is likely to be one of the best-attended meetings Sydney sees during the Spring Racing Carnival, and the anticipation of the richest turf race in the world is growing just as intense among online sports betting enthusiasts.

Naturally, the race doesn’t yet hold black-type status, but the size of the purse means that entry for the 1200m sprint is restricted, and handicapping is weight-for-age. Betting on The Everest has been brisk, and the scratching of Trapeze Artist has reduced the field to 15. There are five horses being offered at below $10.00 on betting sites, as well as an outsider or two that punters may want to consider.

Vega Magic Overtakes She Will Reign

Vega Magic, the 5-year-old gelding trained by David Hayes, is leading the betting at odds of $3.50 and up, despite a tricky Barrier draw of 10. However, some pundits reckon we should be watching another of Hayes’ sprinters: 7-year-old British gelding Redkirk Warrior. He’s currently being offered at between $6.50 and $9.00, and is drawn much more favourably in Barrier 3.

She Will Reign, a 3-year-old filly trained by Gary Portelli, was only recently unseated as the race favourite, and is now at $4.00-$5.50. With a favourable draw in Barrier 2, she’s likely to present both Hayes-trained sprinters with serious competition. And Peter and Paul Snowden-trained Redzel can’t be ruled out either; the 5-year-old gelding sired by Snitzel is starting in Barrier 4, and is being offered at $6.00-$7.50.

That isn’t the end of the heavy hitters, however. Veteran sprint champion Chautauqua is also in the running. The 7-year-old gelding, trained by John Hawkes, is being offered at from $4.50 to $5.50, jumping off from Barrier 5.

Punters looking for an outsider that has a shot may also want to consider Houtzen, the 3-year-old filly trained by Toby Edmonds. She comes to The Everest two weeks after her win over the same distance at Moonee Valley, and she’s drawn in pole position in Barrier 1. At odds of $25.00 and up, if she causes an upset, it will pay off nicely.