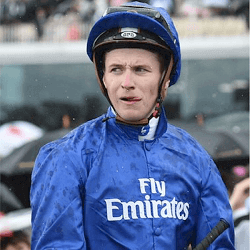 2016 was the year that saw champion Australian jockey, James McDonald banned from racing for 18 months. He allegedly placed a bet on a horse that he was riding, through a third party, winning $4000 when his horse came in first. Jockeys are not allowed to have any interests on the horses that they ride, as this counts as a conflict of interest and may result in illegal riding. He pleaded guilty to the charge at the Stewards Inquisition, but later appealed it.

James McDonald saddled up and mounted the bright bay, Astern, for a race on the 15 of November. In New Zealand it is legal for a jockey to bet on his mount, and many do. James was born in New Zealand, and although is very certain of the Australian racing regulations, still went ahead and placed a bet, albeit via a third party. The twenty four year old won a bonus of $3000 on his $1000 bet on his mount when he arrived at the post first.

The whole idea it seems was the fault of Anthony Gardiner, a punter who had befriended the young jockey. It is not unknown for jockeys to befriend punters but it is frowned upon, especially in Australia.

The fallout of the ill thought out bet was that James was banned for 18 months. Usually, a ban for this sort of thing is two years, but the Jockey Club decided to be lenient because of his clear remorse and standing in the Australian racing community. His contract with Godolphin Racing, the biggest training company in Australia as their top jockey was cancelled, leaving him essentially jobless. The young jockey says he will appeal the verdict, but it is unsure as to whether he gets his job back or not. Unfortunately a thing like this can tarnish a reputation.

Gardiner himself has been warned off the NSW tracks after his refusal to comment on the incident or to be interviewed. Stewards have noted the punter before the unfortunate incident with Aster as he has made more than one bet involving McDonald. The inquiry into the November incident heard Gardiner had backed Dibayani, who was competing against McDonald’s mount Hauraki in the Group Two race at Randwick earlier in the year.

Stewards saw McDonald and Gardiner acknowledging each other in the mounting yard and as the horses went on to the track. McDonald was then warned that he would be closely watched during the race to ensure that no funny business was going on.

McDonald has won a number of Group One and Group Two races in Australia as well as two Sydney’s Jockey’s Premierships. He is widely considered to be the best jockey in Australia at the moment. A setback like this in his career could prove fatal, or may pass. Only time will tell.