Excitement Mounts Ahead Of Cox Plate 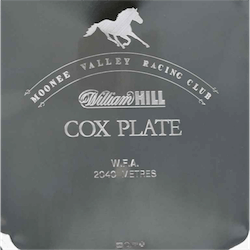 The time has finally come, the weekend we’ve been waiting for all year long: horseracing’s night of starry nights, the W.S. Cox Plate.  Run over a distance of 2040 metres, the Cox Plate is Australia’s second most prosperous weight-for-age race, as well as being an international classic, and is always very well attended.  This year will be no exception, with only the cream of the training and running crop being afforded a spot in the starting blocks.

We take a look at some of the competitors and their respective 2017 W.S. Cox Plate prospects.

Cream Of The Crop

Only 9 horses get to compete in the Cox Plate.  This means that only the best ultimately qualify to run on the day.  This year’s competitors are:

The race favourite for this year is said to be not a matter of if, but rather, by how far.  Winx will be jumping from the sixth barrier out of a possible nine, and has been earmarked as the race favourite for the win.  The super mare jumped from barrier one in 2015 and barrier three last year (2016).  It should also be mentioned at this stage that Winx won the Cox Plate in 2015 as well as in 2016 and is the most favoured hopeful to be making it a three in a row this year.

Trainer Chris Waller could not be more thrilled if he tried, describing Winx as an absolute professional whenever the need arose, regardless of the pressure.  Jockey Hugh Bowman agrees, saying that Winx’s true beauty lies in the fact that she makes everyone else’s job that much easier with her levels of professionalism.

Speaking to the press, Waller said that it was easy to get carried away with a horse like Winx, but that he was careful to stay humble and realistic at all times because the competition is tough, especially at a prestige race like the Cox Plate.  He went on to say that it was never a good idea to get ahead of yourself when it came to racing.

Winx is now officially in the running of equalling Kingston Town’s official record of three Cox Plate victories.  The six year old mare certainly has what it takes to make history at Moonee Valley.