Find Out About Winx Winning Streak 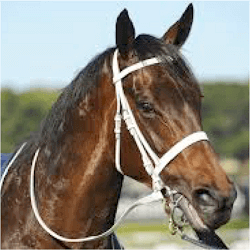 Winx is a bay mare, and at a first glance isn’t much to look at. She does not have any flashy white markings nor is she particularly huge. She is, however, fast. Blisteringly fast. Winx has won every single race that she has run in 2016, and most of her 2015 races as well. Winx is without a doubt one of the elite class of thoroughbred, to which only a few belong.

Foaled in 2011, Winx took a whole ten minutes to get up and start to drink from  her dam. Most foals take up to half an hour. She is trained by Chris Waller who is taking no chances with his superstar and sent her to the spelling paddocks at the end of Oct 2016 where she can let her mane down and just be a horse for a while.

Right from the start Winx looked to set the world on fire. Her two year old season had four starts, two of which were firsts. After a 70 day spell, she returned, taking on a trial at Kensington in heavy going. Winx isn’t that keen on heavy going and is much better on good. She came first in that race but continued running another three times before another spell. Up until the second spell she had placed in every single race except for her first one.

Her three year old season began after a 133 day spell with a  run on soft ground where she came fourth. Winx took a while to get into her stride with the next few races seeing her finish in the middle of the pack. That all changed at the Phar Lap Stakes at Rosehill Gardens. She sat back, letting the others tire themselves out before charging past them for a win. Two more races where she came fifth and second allowed her another rest period of 35 days.

The Start Of The Storm

When Winx came back from the freshener, she was a determined mare instead of an immature filly. Two firsts and a third finished off her three year old season, proving that Chris Waller had a potential elite horse on his hands.

The first race of her four year old seson had heavy going which the mare does not enjoy. The next three races were all on good footing, and Winx just strolled past the competition. They never had a chance against the unassuming bay mare. For the rest of 2016 Winx had 8 starts, six of which were grade one races. Out of those eight starts, she won eight times including a win at her second Cox Plate where she bounded ahead by eight lengths

Winx has been awarded Australian Horse of the Year for 2015 and 2016, receiving all but one vote. She was also named the Champion middle-distance performer. She also received a rating of 130 from the IFHA for her performance in the Cox Plate, making her both the top-ranked filly/mare and top ranked turf horse in the world for 2016. The 130 rating is tied for the second-best rating ever given to a female horse, only Black Caviar has received a higher rating. 2017 could be another great year for Winx, and Aussie racing fans are sure to keep their eye on the bay mare that looks set for more great things.