Full Caulfield Card vs. The Everest

Time for The Everest at Last 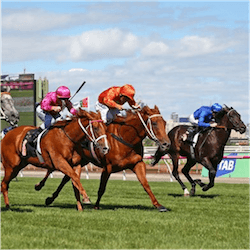 After months of anticipation, Aussie horse racing enthusiasts will finally get to watch the richest race in the world this Saturday. The Everest is set to debut at Royal Randwick, and the $10-million race is sure to attract the cream of the Sydney racing set.

There are 16 horses accepted for the restricted 1200m weight-for-age sprint, with most punters expecting 3-year-old filly She Will Reign to fulfil her prophetic name; she’s the race favourite at $4.80. Vega Magic at $5.50, Chautauqua at $6.00, Redzel at $7.50 and Redkirk Warrior at $9.00 are expected to be her strongest competition.

While the prize money in Sydney is gaining worldwide attention, Melbourne isn’t letting Sydney hog all of the Spring Racing Carnival headlines this Saturday. The Caulfield Guineas may not have a purse of $10-million, but $2-million is hardly to be sneezed at either. A big field of 17 will run the 1600m Group 1 set-weights handicap for 3-year-olds, and Royal Symphony at $4.40, Catchy at $4.80 and Kementari at $5.50 are the only ones offered at below $10.00.

Melbourne action continues into Sunday, when Cranbourne racecourse hosts the listed 2025m Cranbourne Cup, an open handicap with prize money of $300,000. At the time of writing, the field had not yet been finalised.