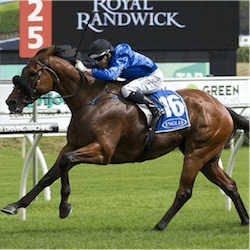 The Queen Elizabeth Stakes, held annually at the Randwick racecourse, due this Saturday on the 18th April, is known for being the richest WFA racing event. The race is drawing more jockeys and horses than ever before, after an increase of $500,000 to $4 million dollars in 2014.

When asked how he felt about Happy Clapper’s performance in this years Queen Elizabeth Stakes, Webster stated that Happy Clapper is like a whole new horse altogether, which is a promising sign. He explained that during the previous year Happy Clapper had had very little time to rest, just ten days, before running the Queen Elizabeth Stakes. This year, however, the horse will have had a full eight weeks. Another promising sign. Webster added that in the previous year Happy Clapper has also been on the worst part of the track, and been held up at the half-mile.

But do all these mean that Happy Clapper is a sure-fire win for the queen Elizabeth Stakes on Saturday, 18th April? Maybe not.

Webster admitted that Happy Clapper is realistically probably running for second place, keeping in mind that Winx, a heavily favoured to win horse, is taking part in the same race. But as we all know, assumptions in the game of horse racing are often unwise.

But second place still means an enormous $760,000 prize, and Webster made it clear that he wouldn’t be turning his nose up at all those zeros. “My Word,” he added with a smile, “it is worth a lot for third too.” Referring, of course, to the hefty $400,000 prize given to the third place horse.

However Happy Clapper performs on Saturday, Webster seems confident that he will be coming out of it with a great deal of money.