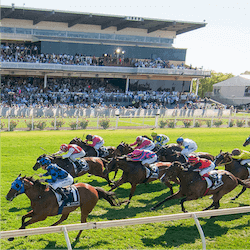 The last Group 1 race of Australia’s horseracing year is the Kingston Town Classic, with the 2017 race scheduled for December 9. It draws an excited crowd to Ascot in Perth, with a million-dollar purse up for grabs. In 2016, it was won by $10.00 outsider Stratum Star.

The Classic is run under weight-for-age conditions over 1800m, and will usually see a field of strong gallopers from all over entered. The quality in the field is generally assured by the fact that the Kingston Town Classic is a favourite next-up race for horses that did well in the Gr. 2 WA Guineas or Lee Steere Stakes, or the Gr. 1 Railway Stakes.

The other big race at Ascot with a lot to offer online sports betting fans on Kingston Town Classic Day is the $150,000 Lee Steere Classic, a Listed race over 1400m for three-year-olds. It’s 200m shorter than the WA Guineas, so it’s often a good race in which to back promising young gallopers that faded late in that event.

The other big attraction of the Lee Steeres Classic is the fact that it’s run under set-weight rules. As a result, it becomes a contest of the true budding champions among the youngsters, without the complications in assessing form that other handicapping systems introduce.

Ascot isn’t the only option for Australian punters who want to get a few more bets in before Christmas. The 2017 Villiers Stakes is set for December 16 at Royal Randwick.

The Villiers Stakes is likely to offer punters the strongest field of milers available this late in the season, which often results in a wide-open race that gives betting fans loads of options.