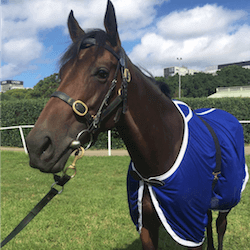 Invader is in all likelihood set to start as an odd-on favourite during the Champagne Stakes at Randwick this Saturday, thanks to the fact that the second favourite for the race, Frolic, will not be lining up for the Group 1 racing event after all.

Michael Freedman, Frolic’s trainer, was hopeful that Frolic would be able to give him a fairytale ending in Australia, thanks to the fact that the filly was fixed to commemorate the Sydney trainer’s last run Down Under before Freedman goes to Hong Kong, but this is not to be.

Frolic Heading to the Paddock Instead

Freedman made it known late on Tuesday that Frolic would be heading to the paddock instead of taking part in the Group 1 mile feature. He stated that the horse had enjoyed 6 runs during this preparation, and that the last 3 of these had taken place on incredibly heavy tracks. He went on to say that after everything had been considered, going to the paddock was deemed the best way forward.

Invader stands rated at an AU$1.90 favourite for the Champagne Stakes in TAB’s all-in market as of late Tuesday, and the horse may be able to firm further on Wednesday, when the final fields will be declared. A Sires winner, Invader will begin as the leading favourite for Saturday’s Champagne Stakes, news that will no doubt delight trainers Paul and Peter Snowden.

Frolic finished in seventh place, behind the Sires winner, at the last start, but found it very difficult to make up the ground at Randwick that day, and it is certain that the Snowdens would’ve been very wary of the Freedman filly in the race to come.

Freedman’s Randwick stables will close up after Show ‘Em races at Hawkesbury, set for Thursday, and the gifted horseman will prepare for next season’s Hong Kong training ranks instead. Under the handle @gallopgreen, he tweeted that Frolic would be heading for a more than deserved rest, and that he will be signing off from Australian racing this Thursday, going on to say that although he felt sad, there was also excitement regarding what the future would bring.

Freedman’s Return after 8 Years in Singapore

Freedman’s return to Sydney occurred in 2016, after he had spent 8 years in Singapore. He has said that, because of only having one runner left, the Hawkesbury would be a bit of an anticlimax, but that Show ‘Em is in “a winnable race”, and that they would be keeping a close eye on the horse in order to see how the animal fared. He added that it was time to start getting more resolutely focused on Hong Kong.