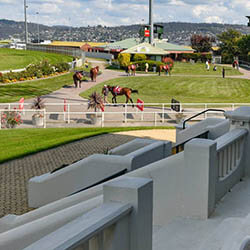 Everyone in Tasmania, the government included, was glad to see Racing return over the weekend. And Minister for Racing Jane Howlett has confirmed that authorities will be helping the industry recover from the interruption caused by novel coronavirus COVID-19 lockdown measures. She announced that prize money will be increased by 3%, to the tune of AU$660 000, in the new financial year. This is in hopes of giving industry participants the confidence to invest in racing across codes of Greyhounds, Harness, and Thoroughbred animals.

The move is in direct contrast to what many industry participants predicted, with recent rumours insisting that prize money would be reduced in the 2020-21 season as a reaction to the loss of racing revenue. The unexpected, and very welcome, increase is proof that the Gutwein Ministry is on track, delivering against its commitment to keep increasing stakes annually until 2022.

The split in proportion to the additional money between the three codes is still to be determined. Consultations between code representatives and Tasracing are scheduled to take place before the boost goes into effect on 1 July.

In other racing news, the Tasmanian Greyhound sporting industry will be honouring the late Shane Yates in a memorial race. It will rotate around the state yearly. The popular racecaller is to be recognised formally with the Winter Tasbred Cup changing its name to the Shane Yates Memorial Cup. It will be run under its new name for the first time next month, in Launceston.

John O’Shea is rallying. The trainer is now celebrating two winners at Warwick Farm, a double which takes his tally to 10 for this year so far thanks to the ….