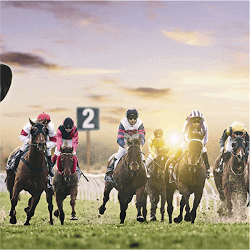 The TABtouch Perth Cup Day is one of Western Australia’s most exciting racing events. Held at the Ascot Racecourse in Perth, the race forms part of the much anticipated Perth Summer Racing Carnival which attracts over 35000 visitors each year. The race provides punters with the perfect opportunity to place multiple bets and stand a chance of winning big.

While traditionally held on New years’ day, the 2016/2017 TABtouch Perth Cup day will take place on the 31st of December 2016 at Ascot Racecourse. The total prize money for the race will be a whopping $500.000. The TABtouch Perth Cup Day race is a Group 2 thoroughbred race which is raced under handicap conditions over a distance of 2400 meters. The Perth Cup is known to be one of the most difficult courses and a true test of a horse’s stamina.

The History of the Perth Cup

The origins of the TABtouch Perth Cup Day race dates back to 1887 when the first official race was run over a distance of two miles. The inaugural race was won by First Prince. In 1947 the race was increased to a distance of 2 miles and 11 yards or 3,230 meters. It remained that way until 1962 when it reverted back to the original two-mile distance. One decade later, the distance was changed again to a distance of 3200 when Australia adopted the metric system. It also meant the race fell in line with the Melbourne Cup.

In 2009, the TABtouch Perth Cup Day race was cut back to a distance of 2400 meters in order to attract a higher quality field. This tactic worked with horses from all over the country coming through to join the race. If you are going to be betting on the race, one of the best lead-up races to the Perth Cup is the Group 2 C B Cox Stakes. This 2100-meter race is held two weeks before the Perth Cup and serves as an excellent indicator to how the horses are going to perform. This trend is evident when you look back through the history.

In 1989 Saratov claimed the CB Cox Stakes as well as the TABtouch Perth Cup Day race in a double win. In 1992, Mirror Magic went on to do the same followed by Palatious in 1994 and Fun with Cats in 2008. The Perth Cup is also considered to be the ideal prep race for the Group 1 WATC Derby, which is held in April on the same course.

The NYE event is already highly anticipated, and it’s sure that Australian’s will flock to Ascot Racecourse to watch the race and enjoy all the festivities.