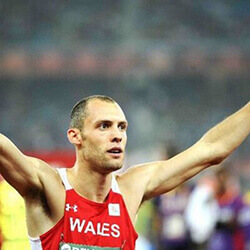 British athletes captain Dai Green has had to withdraw from the on going 2018 European Championships due to a hamstring injury that the athlete suffered.

Green, 32, was set to take part in the men’s 400m hurdles event, but was unable to participate in the heats that took place a few days beforehand.

The Welsh athlete won the European title in 2010, and World gold in 2011, but has only raced 11 times since the start of 2014. British Athletics stated in a tweet that Green is an amazing captain, and that he will continue to provide inspiration to his team despite his withdrawal. He had seen some success after his brief absence, having won bronze at the Athletics World Cup, which was held in London.

Previously, Green had failed to make it to the final events of the 2013 World Championships, a year after another outside finish during the London 2012. The 2016 Rio Olympic Games also saw Green absent from the athlete roster. It was also the year that Green lost his National Lottery funding, and he withdrew from the Commonwealth Games due to an injury to his hamstring.

At this present time, Greene has remained on the team as captain, and will continue to fulfil his duties to the British team. For the foreseeable future, however, it seems the athlete may be forced to retire thanks to his on going injury, which has forced him to withdraw more than once in the past.