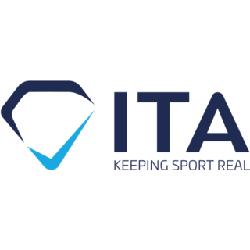 The Independent Testing Agency (ITA) has now confirmed that Russian teenage figure skater Kamila Valieva did indeed test positive for a banned substance ahead of the Beijing Winter Games.

Since Valieva tested positive for the banned substance trimetazidine already on Christmas Day, it remains to be seen whether she’ll be permitted to compete in any further events.

The 15-year-old captured the hearts of many when she earlier this week became the first female skater to perform a quad. Valieva has reportedly lodged an appeal against her provisional suspension. If successful, she’ll be seen competing in the individual skating competition early next week.

Whether she’ll be permitted to compete or not now depends on the outcome of a courtroom battle.

Particularly unusual about the testing saga is that while the Russian teen tested positive for the banned substance already on Christmas Day, the sample taken by the Russian Anti-Doping Agency was only analysed on Feb. 8.

In a detailed statement released by the ITA this week, the organisation stressed that the Russian teen is a so-called “protected person” owing to her age (any person under the age of 16). The ITA also confirmed that a provisional sentence would typically mean an athlete would be suspended also from future training and competitions, on in fact competing in any activity involving the IOC.

According to the IOC, a final ruling is needed before the next competition, which is scheduled to take place on Tuesday. IOC spokesperson Mark Adams said on Friday that cases such as the one involving the Russian skater aren’t at all helpful to the Games.