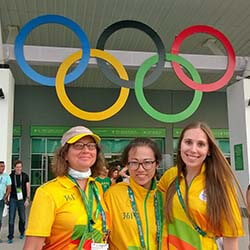 Olympic organisers have now confirmed that around 10,000 of the 80,000 registered volunteers signed up for supporting athletic events during this year’s Tokyo Games, have officially quit. And while the announcement has fueled concerns over Japan’s readiness to host the Games, Organising Committee chief executive Toshiro Muto is telling the Japanese media he doesn’t believe the withdrawals will have any impact on the successful operation of the Games beginning July 23.

But despite Muto’s insistence that there’s no real reason to panic, it’s a well-known fact that volunteers form a crucial part of the Summer Olympic Games. They assist athletes and generally help Olympic staff with the operation of venues and facilities. Should volunteers decide to withdraw over the coming days and weeks, those withdrawals could pose significant difficulties for Olympic organisers.

While officials have not revealed the reasons for the dropouts, the general consensus is that of concerns over health and safety. Japan has to date reported more than 752,000 cases and more than 13,000 deaths, confirmed Johns Hopkins University in a recent report.

Another challenge has been the slower-than-expected vaccine rollout. While there is enough to vaccinate the biggest part of the country’s 126 million inhabitants, there is an apparent shortage of medical professionals for administering vaccinations, which shortage is now causing a bottleneck effect. The result is that currently, only medical staff and support personnel, as well as the elderly, are being vaccinated.

While athletes set to compete in this year’s Games will all be vaccinated, volunteers have been informed that they will not.