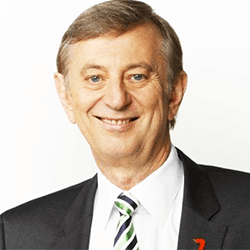 The Australian sports community has welcomed seven new members into the Sport Australian Hall of Fame. The members that have been inducted include Denis Cometti, Matt Cowdrey, Robbie McEwen, Stephanie Rice, Cheryl Salisbury, Russel Mark, and Emma Snowsill. Cometti had received his membership medal from AFL icon and former Seven colleague Leigh Matthews. Wheelchair racer Louse Sauvage has become the first Paralympian to be elevated to legend status in for the 35th Sport Australian Hall of Fame Induction and Awards Gala Dinner.

French Open winner Ashleigh Barty received The Don Award, marking her as the first female tennis player to receive the honour, and was voted the most inspiring athlete in the nation. Winx was presented with the Spirit of Sport Award, and five younger athletes were named as participants in the 2020 Scholarship and Mentoring Program.

Sports Australian Hall of Fame char John Bertrand on the night stated that they took the opportunity to reflect on one of the most valuable of sport’s many benefits, which is to provide a legacy for both future generations and the country as a whole.

Dennis Cometti was inducted into the Hall of Fame as a General Member for Sports Media. The presenter has a long career spanning more than half a century as he became one of the most respected TV and radio broadcasters in Australia. He first started out as a radio presenter in 1968, and continued to work for Australian sports media until 2016.