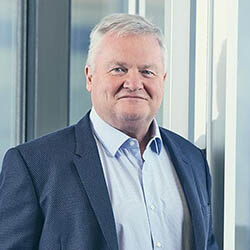 Peter Gordon, long-time president of the AFL’s Western Bulldogs, is stepping down.

Gordon, who helped save the Dogs from merging with Fitzroy in 1989, was the club’s very first president – from 1989 to 1996. He returned for a second stint as president in 2012 and has been leading the franchise ever since. He will make his official exit on December 21.

His replacement has in the meantime been named. Current Bulldogs VP Kylie Watson-Wheeler, an official member of the board since 2013, and the current President and MD at Walt Disney New Zealand and Australia, will replace Gordon. Watson-Wheeler’s appointment makes of her only the second female club-president in the history of the AFL. She follows in the footsteps of Richmond’s Peggy O’Neal.

Gordon has since his exit-announcement thanked those who had offered to him support and friendship over the course of his presidency of the club. He described the experience to have been a great honour and privilege, adding that his run with the Bulldogs supplied his family with countless enjoyable moments and experiences.

The departing president also voiced his full confidence in his replacement, the board, and CEO Ameet Bains, and said he considered the club to be in good hands as it looks towards the future.

Gordon played a vital role in saving the Bulldogs from bankruptcy. The club practically drowned in debt when he took over for the second time in 2012. Thanks to the phenomenal success of the 2016 premiership, and under the guiding hand of its president, the franchise managed to rid itself of over $10 million in debt.