Do or Die: AFL Round 21 Preview 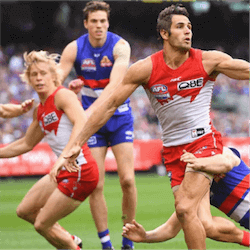 Six points clear of their nearest rivals on 58, topping the 2017 AFL Premiership ladder with three matches left, it’s unlikely Adelaide will be denied a home quarter-final. However, GWS Giants and Richmond Tigers are both on 52 points, with the Giants ahead thanks to for/against percentages, and Geelong Cats are on 50 points. Should the Crows hit a slump in the weeks before the finals and the other three stay on winning streaks, the picture could change.

At the end of Round 20 last Sunday, Port Adelaide, Sydney Swans and Western Bulldogs were also separated only by percentages, in fifth, sixth and seventh with 44 points each. Essendon is eighth, again thanks to their win/loss record, but tied on 40 points with West Coast, Melbourne and St Kilda. The latter four teams should provide some exciting betting this weekend.

Bulldogs v Giants to Start Round 21

The Giants came from behind to win their Round 6 match against the Bulldogs, and the Greater Western Sydney side is back in form after two wins on the trot, including a 97-62 victory over the Demons last Saturday.

The Giants will be fighting to top the ladder when they meet again at Etihad Stadium this Friday, while the Dogs need the four points to consolidate their QF spot. Betting sites have the Giants at around $1.70, the Bulldogs at $2.20.

The Swans are $1.10 favourites to beat a $7.50 Fremantle on Saturday, but odds for the Cats/Tigers match at Simonds Stadium are closer, at around $2.40 and $1.60 respectively. Brisbane Lions are the favourites to beat Gold Coast Suns at the Gabba, but Essendon fans will be more interested in their side’s $3.00 chance against the Crows at $1.45: a win could get the Bombers closer to the finals.

West Coast need to beat Carlton in Saturday’s final clash, if the Eagles are to keep challenging Essendon for the Top 8. They’re $1.20 favourites, with the Blues a long shot at $5.40.

Sunday’s first match is Hawthorn vs North Melbourne, with the Hawks favourites at $1.25. The final match of Round 21 will be important for Port Adelaide, however: the Power need the four points at the Adelaide Oval to stay secure in the Top 8. With Collingwood offered at $3.20 and the home side at $1.40, a win for the Pies would be a huge upset.

If you want to bet on these and any other AFL games, head on over to Crownbet and place your wagers online.