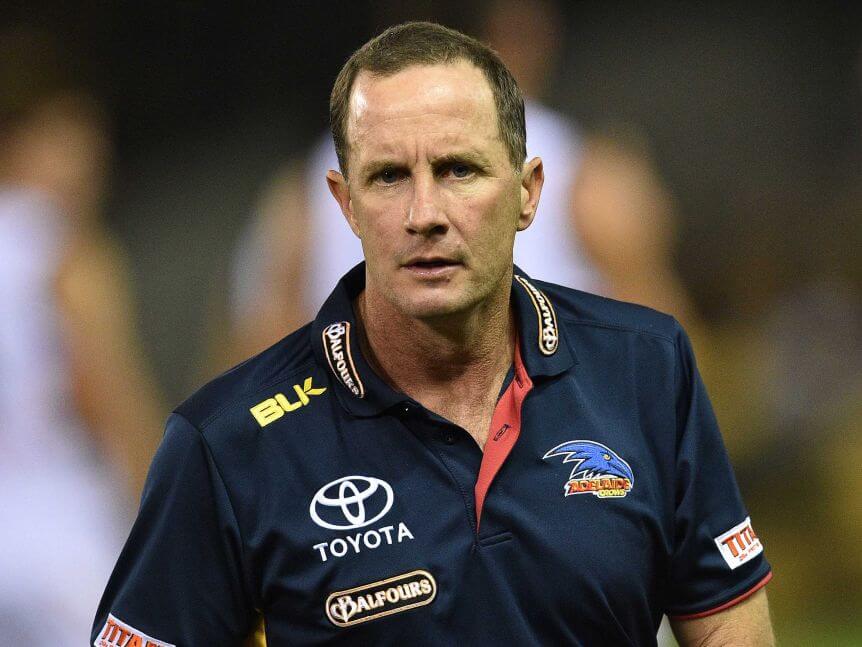 Former Adelaide Crows coach Don Pyke has advised his former club to “once and for all” deal with and properly the controversy surrounding the 2018 pre-season Adelaide training camp. The innuendo and secrecy that continues to prevail will haunt the club for as long as conversations around what is rumoured to have happened at the camp remain unresolved and unfinished, said Pyke.

And it’s a view wholeheartedly shared by the players, stressed the former coach during a discussion with a prominent Australian broadcaster. Players want to leave it all behind but will not be able to do so until such time as what everything has been aired and brought out into the public domain, relayed Pyke. Even though several disturbing stories have surfaces around what had happened, there remains a need for truthful context, emphasised the former Adelaide trainer.

What Pyke has essentially now done was to add his voice to a long list of other high-profile sports personalities, including long-time veteran AFL journalist Caroline Wilson. The well-known journalist only weeks ago went right for the AFL Integrity Unit’s throat when she called the unit out for not having done nearly enough to bring those at fault to task.

Wilson during an interview with Channel 9 repeatedly voiced her disgust at how the unit has been handling the situation up until now. This following the emergence of shocking new facts regarding everything that had gone wrong at the pre-season training camp.