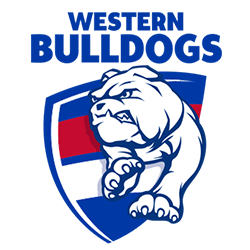 Western Bulldogs ruckman Jordan Roughead was recently sent into Perth in preparation to meet with West Coast, and is being accompanied by manager Bruce Kaider. The meeting will discuss the prospect of Roughead taking over the spot left by ruckman Nic Naitanui after the Eagles player was forced on a leave of absence due to injury.

The loss of Naitanui was compounded further as ruckman Lycett has recently accepted an offer to join Port Adelaide, and the Eagles are now moving into contingency plans to try and fill the empty spaces in their team.

Roughead, who has played seven VFL matches along with his 12 AFL games this season, is looking for more opportunities to further his career in 2019. Despite having been dropped from his respective teams on two separate occasions, the Roughead found his way back into a senior team to play his final seven games of the season.

Earlier in June, coach Luke Beveridge put pressure on Roughead to find his own future before he was dropped from the team just two weeks later. It’s also been rumoured that St Kilda has expressed their own interest in acquiring the 2016 flag ruckman for the 2019 season.

The Saints are currently behind the Power as both are looking to recruit Lycette in an attempt to rejuvenate the ruck stocks. No 1 ruck Tom Hickey has been signed for 2019, while Billy Longer and Lewis Pierce are currently out of contract.