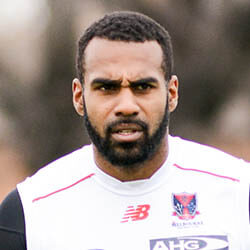 Allegations related to ongoing incidents of racial abuse have now led ex-Collingwood star Heritier Lumumba to sue not only the Pies, but also the AFL, for personal damages, trauma, and losses suffered during his time spent playing for the club.

According to the official court documents filed at the Supreme Court, the former leading player claims to have been at the receiving end of a team that failed in their “duty of care” in terms of providing a safe, positive, and discrimination-free working environment to all players and support employees.

Reasonable steps claimed to be owed by the league to Lumumba, so claim the documents in question, include the implementation of safeguards preventing players from racially abusing other players or even exposing those players to conduct considered racially sensitive or offensive.

The allegations made by Lumumba include his having on numerous occasions throughout the course of his employment at the club having been subjected to conduct and situations considered grossly inappropriate from a racially-driven point of departure. After 199 games played for the Pies, Lumumba was eventually traded to Melbourne. This was at the end of 2014, which trade effectively stopped the racial abuse and discrimination, claims the former Collingwood player.

In the documents filed with the court, Lumumba alleges to have suffered damage, trauma, distress, humiliation, and even an overall loss of enjoyment.

Collingwood itself earlier this year made public the fact that the AFL had mandated an independent review to be conducted into the inner workings and racial culture of the club during the time Lumumba spent in their employment.