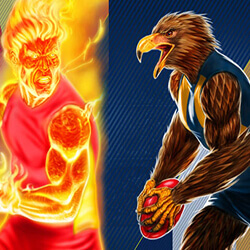 In a turn of events, Gold Coast has managed to secure a win over West Coast, breathing new life into a season that had been looking unfavourably toward Gold Coast.

Peter Wright is the undisputed hero of the game, landing a goal with less than two minutes remaining on the times, giving the Suns their much-needed victory. Being the first win for Gold Coast over West Coast in history, Suns fans we ecstatic in light of the 4-6 win-loss record.

Gary Ablett managed 36 touches after his return from an injury to his shoulder, and played some of his best that we’ve seen yet, alongside Jarryd Lyons and Pearce Hanley.

Gold Coast lead the match by 14 points by the time the first quarter had rolled around, but had to conceded to four goals and to open for the last term, leaving them to trail by 10 points. Despite this, Wright remained resolute against his opposition, and with 90 seconds left on the clock, managed to kick the winning goal that lead the Suns to victory.

Rodney Eade, coach for Gold Coast, was pleased at the Suns’ performance, remarking that, “I think we’ll still be inconsistent at times, but I think it was a step forward. There are going to be rough periods, and we just need to stick to what we know and hang in there mentally.” He continued by saying, “You’d like to think it (win) would give them confidence going forward, but also confidence to hang in there when things aren’t going well.”