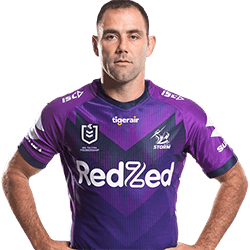 Melbourne skipper Cameron Smith has once again dropped a grand retirement bomb. Up until recently expected to announce his retirement to be effective following the grand final scheduled for Sunday, Smith now says he still hasn’t decided whether or not an end-of-season retirement is on the cards for him. The 37-year-old off-contract captain’s career has been a hot topic of debate in recent months, with many speculating about whether or not the time has come for him to call it a day.

As for why he seems to be struggling to make his retirement season final, Smith’s has been a response along the lines of his not “feeling” it yet. He also told of having spoken to retired ex-mates about his decision – guys who spoke of having one day woken up knowing they no longer wanted to compete. He felt he wasn’t yet at that point, explained the celebrated captain. He said that the plan right now was to play Sunday’s final before taking some time out to think and consider his options.

As for what fans can expect of Sunday’s final, Smith said his men are prepared, relaxed and at east back at their Sunshine Coast base. Instead of making their way to Sydney a few days ahead of game-day, Melbourne will this year fly into Sydney on the day of the final. Without the usual formalities and press conferences usually going on in the days before a big game, this quiet of this year’s run-up has only benefited everyone involved, explained the Melbourne captain.