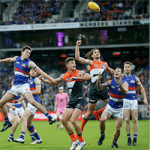 Traditional Player Testing Has Been Redefined

The Beep Test has been scrapped from the Australian Football League, or AFL, Draft, as part of what is a series of alterations to the traditional process of player testing.

No More Running of the Beep Test

Draftees of the Australian Football League will no longer be required to run the Beep Test, or 3 kilometre time trial at the Draft Combine as the league has decided to make a number of changes to the event that happens once a year.

Replacement of the Traditional Endurance Tests

The endurance tests, which have traditionally been a part of the drafting process for prospective AFL players, will be replaced by a Yo-Yo Test and a run over 2 kilometres, according to reports on the website for the AFL.

These changes are being made by the AFL and the Combine subcommittee in attempts to better fit in with what clubs run for their own fitness regimes. Many people have come to the conclusion that the Beep Test is not as accurate as it was long held to be, and cannot be a proper measure of the levels of player fitness when it comes to team sports.

The Yo-Yo Test is very similar to the Beep Test, having players run in between cones set 20 metres apart, at intervals that are timed. The players will then have a recovery period of 10 seconds between each of the sprints, and these will see them jog on to another cone and then head back to the starting point before the next part of the test begins.

A Better Test for Players to Undergo

The Yo-Yo Test is able to measure output in terms of the total distance run, the level achieved, and/or the maximum rate at which the participant is consuming oxygen. It is held by many to be a far better test of the athletes’ capacity to take part in high-intensity aerobics.

In a similar fashion, the change from a 3 kilometre run to one that is 2 kilometres long will fit in with the standard set for the AFL, since most clubs opt for the lesser distance when it comes to their particular fitness programs.

Records for the Beep Test

The Combine record for the Beep Test is currently held by Billy Hartung, of Hawthorn, who managed to reach 16.6 in 2013. Josh Schoenfeld, from the Gold Coast, ran the quickest 3-kilometre time trial in 2015, clocking in at 9 minutes and 15 seconds.