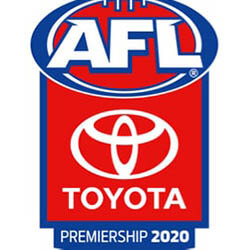 A Who’s-Who of big brand names has signed up for the 2020 Australian Football League Premiership’s return on Kayo Sports, Foxtel, and Foxtel NOW. Partners for the most-watched sport in Australia include Chemist Warehouse, Ford, KFC, Harvey Norman, McDonald’s, NAB, Pointsbet, and Toyota.

Kay Hart, President and Chief Executive Officer of Ford Australia and New Zealand, said that her company is a long-standing Football partner and they’ve deeply missed the sport since its suspension due to the novel coronavirus COVID-19 pandemic. Hart said that everyone is very excited to keep their support of Foxtel’s AFL coverage going as the 2020 season prepares to resume.

AFL is one of the most-watched sports in Australia, with the Round One match for this year’s season on March 19 between Carlton and Richmond attracting 300 000+ viewers on FOX FOOTY. And now, with matches unfolding in empty stadiums and the teams having been on hold since that first round, big audiences are expected. Martin Medcraf, Director of Fox Sports Sales and Brand Partnerships, has stated that the AFL games are set to shatter all viewing records. He used the recent return of the National Rugby League as an example, saying that Fox League, the top-ranking channel, reached almost 1 million national viewers for the game which took place on the 28th of May.

Medcraf said that brands lucky enough to get in on the action will not just benefit from the predicted surge in consumer good will but will also be supporting the return of one of the most beloved sectors in Australia.