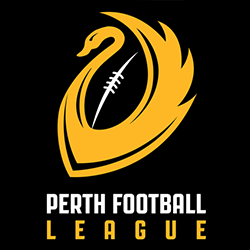 The biggest amateur Australian Rules League in the west has now banned the traditional pastime of having beers in the changing rooms after a match. With home clubs now giving visiting players drink vouchers to use at the bar, it’s a huge cultural shift for the Perth Football League.

Reports indicate that there will be no alcohol sales before 13h00 in the club bar, drinking on buses will no longer be allowed, and Happy Hour is a thing of the past. Skimpies, a slang term referring to female bar staff outfitted in bikinis or lingerie, are not going to be around anymore either.

David Armstrong, General Manager for the PFL, spoke of the effect of Women’s Football becoming so much more popular, saying that there has never been this much foot traffic in the history of the league. He spoke of their goal of providing a really good product that everyone can enjoy being the reason behind the new rules.

Armstrong went on to say that the new rules have taken recent changes to liquor and gaming laws into account, and Tony Misich, President of the North Fremantle Football Club, said that everyone would simply need to adjust to the new normal.

Armstrong mentioned that the growth of the female game has had a lot of impact on the decision, with certain clubs getting riled up at the growing levels of disrespect. Visiting players have been coming to games and then staying in changing rooms and not bothering to visit the clubhouse at all, a trend that needs to be nipped in the bud.