Wilson Lashes Out At AFL Over Crows Camp 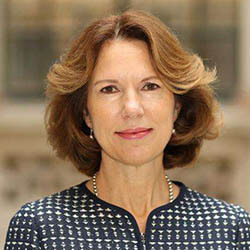 Long-time and respected AFL journalist Caroline Wilson has climbed into the AFL’s Integrity Unit with a battle axe of note. Wilson during a recent interview with Channel 9’s Footy Classified, yet again voiced her absolute disappointment and even disgust at how the unit chose to deal – or rather, chose not to deal – with the controversial Adelaide Crows 2018 pre-season training camp.

A shocking new report recently released by The Age’s Sam McClure revealed previously undisclosed details around all that went down at the camp, and specifically, about how poorly the Crows and the AFL had dealt with the consequences to date. The bulk of the controversy revolved around a mindfulness-focused personal development company by the name of Collective Mind. Some of what had happened at camp included players being ridiculed, the inappropriate use of a traditional native talking stick, and players having been made to subject themselves to listening to the Richmond theme song repeated over and over in a looped manner.

Even though a (also controversial) AFL report issued late in 2018 cleared Adelaide of any inappropriate behaviour and/or wrongdoing, more recent findings continue to hamper on allegations of the club not having practised sufficiently due diligence. And as for Wilson’s view on the matter, it is her belief that the club got away with “too much” and with no consequence of punishment whatsoever.

Wilson during the interview referred to horrible things having taken place at the 2018 training camp, with some of those things so shocking, that the events cannot be put into print because of the disgusting nature of what had taken place.

What the AFL did, said Wilson, was to fail the sport, its fans, and its players.