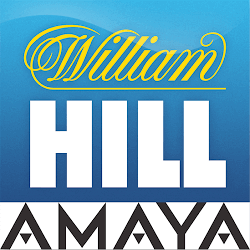 William Hill is a British based firm that operates a series of high-street bookmakers in the UK. They also own and operate an online casino, a sports betting site and an online poker room. Punters in Australia will be familiar with William Hill, as the company holds a local gaming licence in order to operate William Hill Australia and its also one of the countries most prolific advertisers. The merger between William Hill and Amaya is expected to be in the region of 8.1 Billion Australian Dollars. It if is successful, the merger would create one of the largest online gambling firms in the world.

Biggest Betting Name in the Business

William Hill holds a leading position in the online betting industry and is currently one of the biggest sports betting firms in the market. The merger will help cement their place as the undisputed leasers in the field and help to expand their online poker business.

Recently William Hill was the subject of a possible takeover by the Rank Group and 888 Holdings. The rank group own a string of Grosvenor Casinos in the UK while 888 Holdings operates online sites 888poker and 888casino. William Hill eventually rejected the three-way deal causing a sharp rise in the firms share value.

In a strange turn of events, it was less than a year earlier that William Hill made an unsuccessful bid for 888 Holdings. The decision to merger with Amaya could be based on their recent slump in profits. In March 2016, the company recorded a 40-Million-dollar decrease in online profits leading to the sharp exit of chief executive James Henderson. Meanwhile William Hill’s rivals are consolidating their positions all across the globe.

Paddy Power and Betfair joined forces, with Paddy power doing very well in Australia after acquiring Sportsbet.com.au. Ladbrokes was also in the news confirming a merger with Gala Coral after months of talks. Ladbrokes also operates in Australia under Ladbrokes Australia. To add to this, pokies giant Aristocrat has been expanding its business overseas. With so many mergers on the cards, William Hill is keen to create a solid future for themselves and a merger with Amaya could be the best way forward.

Tatts and Tabcorp in Merger Deal Australia’s two largest bookmakers, Tattersalls and Tabcorp have agreed to merge and create a central company that will control over 90 per cent of ….

Australian Bookmakers Increase Advertising Spend With government and anti-gambling politicians on the gambling warpath, local Australian bookmakers have increased their advertising campaigns in an effort to reduce the negative exposure. ….