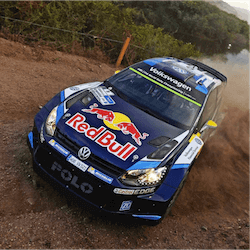 However, most online betting sites will be closing futures betting on the WRC at current odds on Thursday, before Friday’s start of the Rally of Poland. The 338.34km race on gravel ends on Sunday, and by Monday, the 2017 World Rally Championship futures odds will have been adjusted to reflect the results.

Some odds may not change that drastically after Poland. Punters who fancy a late surge from some long shots further down the drivers’ ladder will probably still be able to get around $5,000.00 on a championship win by Stephane Lefebvre, currently in 14th place, by Monday.

Juho Hanninen, currently ninth on the ladder, will most likely still be at around $3,000.00 too, unless he does something extraordinary at the Rally of Poland this weekend. Elfyn Evans and Craig Breen, currently sixth and seventh, are two more long shots at around $500.00, while Haydon Paddon in eighth is at $750.00.

The two drivers most likely to see a change in their World Rally Championship futures odds, however, are the two at the top of the ladder. France’s Sebastien Ogier, driving a Ford Fiesta for Britain’s M-Sport World Rally Team, is currently top dog on 141 points, after two wins, two seconds, and one third, fourth and fifth so far in 2017.

However, Belgian Thierry Neuville is close behind him in Hyundai Motorsport’s Hyundai i20 Coupe: he also has two wins this season, but only one second, two thirds, a 13th and a 15th, for a total of 123 points. Although Ogier has won in Poland twice, in 2014 and 2015, Neuville is actually the favourite this weekend, at $3.50. Ogier is at $3.75.

In World Rally Championship futures betting, however, Ogier is the favourite at around $1.40, with Neuville at $2.75. Depending on Sunday’s finish, those odds may see a change.

Japan Showdown for MotoGP Top Three  Australian motorcycle fans are no doubt excited by the Australian Motorcycle Grand Prix on Phillip Island in two weeks time, and they have the ….