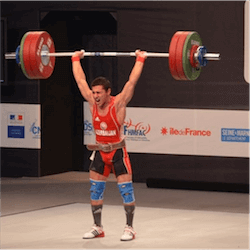 America Back In The Weightlifting Game

The Americans have come to the party, and come in a big way at this year’s IWF Weightlifting World Championships.  Team USA is ready to start winning medals at the event for the first time in 12 years.  Of the 16 Americans scheduled to compete this year, there is a golden group of 5 to be kept firmly in sight.

Hogan’s entry into the world championships may be the lowest in the group, but she is definitely someone to keep an eye on.  Hogan is the 2016 USA weightlifting national champion and it’s certainly not difficult to see why.  Hogan has said that her slogan has always been that records are made to be broken.  History has shown that Hogan generally has a lot more going for her than what she shows in training, and this is bound to be the case again this year.  A couple of slip-ups from the competition may very well catapult her to a podium finish.

Cummings is nothing short of a clean and jerk master and is the Junior World champion in this particular division.  If Cummings were to manage a solid performance in the snatch, he may very well extend this accomplishment well into the world championships.

Rogers will be competing in the 69kg women’s division and she certainly will be having a lot of strong competition on her hands this year.  Rogers is however known for showing up when it truly matters and she too, has a real shot at a podium finish this year.  Give or take a couple of mistakes from her division challengers.

Sarah Robles is an Olympic bronze medallist and has shown herself worthy of top spots in taxing competitions.  Robles initially qualified for the 2012 London Summer Olympic Games before winning the bronze medal in the 2016 Rio Janeiro Olympic Games.

Robles became the very first American athlete from the US to medal in Olympic weightlifting in sixteen years when she won the bronze at the Rio Games.

This year’s championship has started off on a positive and re-enforcing note by the smashing down on doping by the event organisers, a move that has been welcomed by the athletes.