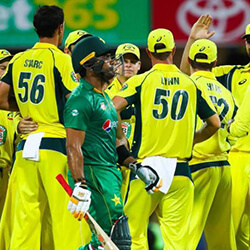 David Warner of Australia claimed his first international century since he returned to the field after he served a ban that last a year after it was found that he had been tampering with balls. This comes as part of Australia’s latest 41 run win over Pakistan for the World Cup.

Warner, who was a completely different player compared to their last game against India, where the team lost, worked hard to reach his ultimate 107. With captain Aaron Finch claiming 82 of his own, Australia should have ended the day with more than their final total of 307 all out, but lost their last six wickets for the 30 runs due to Mohammad Amir’s 5-30.

Pakistan, facing a more approachable target than the team would have hoped for in the past, they managed to claim 136-2 before their collapse of 4-24 restored their chanced at a victory. Hassan Ali took 32 from 15 balls, while Wahab Riaz 45 from 39 balls, reviving their otherwise incredulous fans, but after Wahab was caught behind on review from Mitchell Star, Pakistan bowled out for 266.

Pakistan will remain in eight place of the 10 team table, and will be heading off to play their main rivals India at Old Trafford knowing that another loss could ultimately mean them having to leave the tournament for good this year. Australia will be joining New Zealand at the top of the roster with six points thanks to one game over the Kiwis.