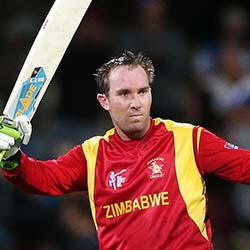 Former Zimbabwe captain Brendon Taylor has been slapped with a ban after he failed to timeously report a spot-fixing scheme.

According to Taylor, he was blackmailed into a spot fixing plot by a group of businessmen who had reportedly taken photographs of him abusing cocaine. The incident reportedly occurred in October 2019.

While Taylor denies having gone through with the spot-fixing plan, he admitted to having failed to bring the incident to the attention of the ICC for a full four months. He says he accepts that this had been too long a time for reasonable action. He also confirmed his plans to checking into a rehabilitation centre in order for him to address his substance abuse problem.

Taylor, who previously played club cricket for Nottingham, stressed via a statement on Monday that he had never indulged in any form of match-fixing himself. He said while he accepted his mistakes, cheating wasn’t part of his makeup.

He also emphasised that he had been honest and transparent during the multiple interviews attended as part of the investigations launched by the ICC. He said his only regret right now is not having sought proper support earlier on.

Taylor also said he accepted the ICC’s decision to impose on him a multi-year cricket ban. He said while a sanction has not yet been confirmed officially, his only remaining hope is that his story encourage others to report match-fixing in a proper and time-effective manner.