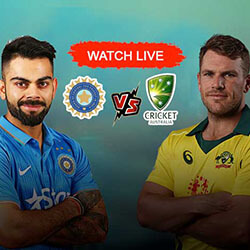 Despite Rohit Sharma’s 133 of 129 balls, India was not able to fight off Australia as they lost 1-0 down in the three-match day on series, played in Sydney.

The Indian opener managed to hit 10 fours and six sixes in a well-rounded match, but it wasn’t enough as the team eventually fell short of 24 runs. Peter Handscomb, Shaun Marsh, and Usman Khawaja all scored half centuries for Australia’s 288-5.

India’s retaliation didn’t start off well as they eventually slipped to 4-3, but Rohit’s knock gave the team some hope of winning. Rohit then put 137 for the fourth wicket with MS Dhoni, who became the fifth Indian batsman of all time to pass 10000 one-day international runs during the course of the initial innings. The partnership finally came to a close when Dhoni was pushed out by Jason Behrendorff’s LBW that had the chance to be overturned by review if not for the fact hat India had already made use of their only referral.

The visitors, who won the Test series for the first time in Australia a few weeks ago, were constantly behind the run-rate, but reached the last six overs and needed 76 to win. However, Rohit, and Ravindra Jadajea fell quickly and ended any hopes that the tame had for a late victory, with Jhye Richardson taking 4-26.

India found themselves without batsman KL Rahul and all-rounder Hardik Pandya after both were suspended for inappropriate comments on a television show.