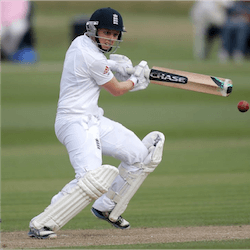 Australia is experiencing an English summer invasion, but it’s not one that cricket fans will mind very much. Especially not in the Women’s Ashes: Australia Women have just won the three-match ODI series that opened England Women’s tour by two games to one. However, England’s fight-back, to win the third 50-overs match by 20 runs in Coffs Harbour on Sunday, bodes well for intense competition to come.

The two sides play a day-night Test at North Sydney Oval from 9-12 November, before the series wraps up with three T20 matches in Sydney and Canberra on 17, 19 and 21 November. On the points ladder for the tri-format Women’s Ashes series, Australia is 4-2 ahead, and with four points up for grabs in the Test, the Southern Stars could wrap it up in North Sydney.

With Rachael Haynes, Nicole Bolton and keeper Alyssa Healy in superb batting form, skipper Meg Lanning will be confident of retaining the urn. However, England Women are ranked top in the world right now, so the odds on offer at online sports betting sites are far from one-sided.

When the Women Finish, the Men Start

In a unique turn of events, the women will finish before the men even get started. But the wait is just going to up the level of expectation; with inflammatory talk of ‘war’ being bandied about, cricket betting fans are preparing themselves to watch an explosive clash between two of the sport’s greatest historical rivals.

England Men, without the services of street-fighting man Ben Stokes as vice-captain, will spend most of November on three warm-up matches, but the 2017-18 Ashes Series proper begins on 23 November with the first Test in Brisbane. The Baggy Greens are odds-on to win this one, at around $0.80, with England trailing at $2.50. Punters can also get $4.00 on a draw.