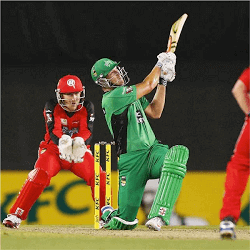 When it comes to cricket, the Australian Big Bash League is the country’s premier domestic Twenty20 cricket competition. First established in 2011, the Big Bash is already in its fifth season and promises to deliver some serious big hitting cricket action. The 2016/17 Big Bash league has already got underway with the Sydney Thunder taking on the Sydney Sixers on Tuesday night. Round 1 will end on the 23rd of December when the Perth Scorchers take on the Adelaide Strikers.

The big final of the Big Bash League will take place on the 28th of January 2017. Punters who are looking to place future bets can get their bets in on which team they think will claim the title. The eight teams in this year’s Big Bash League include:

Round 1 Dates and Betting Odds

Round 1 of the Big Bash League got off to a great start on Tuesday Night. The dates and the betting odds for the rest of round 1 include: