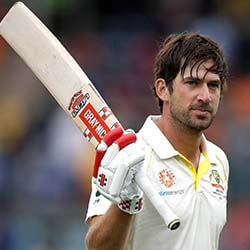 Joe Burns, whose own Test future hung by a thread until very recently, has made no secret of his hopes harboured for struggling Indian counterpart Prithvi Shaw.

Burns, though given his history forgive-able a statement, after Saturday’s massacre of India by a strong and forceful Australian side made quite the controversial statement on Monday by saying that if he had his way, Shaw’s struggles would continue for what’s left of the series. Shaw is currently under increasing pressure for his spot in India’s playing eleven after posting scores of 0 and 4 in Adelaide.

But Burns himself appeared mere innings away from a departure before his half-century in the chase during the recently concluded first Test between India and Australia. So close had Burns been to getting axed himself, that his return to “rhythm” was practically caught up in a shingle shot in Australia’s second innings. Commenting on his own comeback following the weekend’s massacre of the visiting side, Burns said that he considers himself to have batted well up until the first Test, but without the necessary rhythm – a statement even some of his own teammates may be tempted to disagree with.

When asked on Monday whether he had any suggestions or advice for Shaw, Burns jokingly replied that if he were to give his counterpart any advice at all, it would be at the end of the series, and definitely not after the first game.

India on Saturday suffered their worst defeat in the history of Indian Test cricket when the national side failed to make it past an all-time low score of 36 – a target naturally beat with effortless ease by the Aussies.