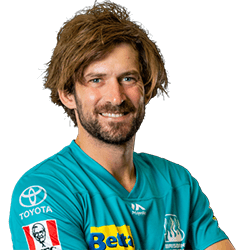 Joe Burns’ career as Test Cricket player has come to a screeching halt after he was released from the national Australian team. He won’t be facing off with the Baggy Greens against India on the 7th of January after managing only two scores over 11 in the last 13 first-class innings.

Tuesday the 29th of December 2020 saw the player savouring the spotlight, taking photos with his partner on the MCG field. This was about an hour after what turned out to be his last appearance as a Test player with The Invincibles.

Trevor Hohns, Australia’s National Selector, has let it be known that Burns has been performing well below expectations for some time now. Although the player was able to put an unbeaten half-century together during the Australian squad’s victorious Adelaide run-chase, things went badly wrong in both MCG innings. He was out for a duck and four and the Indians levelled the Border-Gavaskar series.

David Warner, the explosive left-hander who has been out of the game due to an injury to the groin, has begun pressing his claims to return. Warner managed a sound session of batting practice at the MCG during the second test but is not yet able to run at full pace. He has, however, been named as part of the team for January 7. Prospective debutant Will Pucovski will also be playing. Pucovski is in the last stages of the staggered return-to-play programme after being without symptoms for some time now.