Chappell Speaks Out About Ill Feelings On The Field 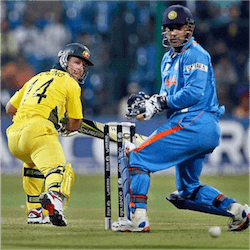 Chappell Speaks Out about Australia/India Problem

Australia and India have always been rivals when it comes to cricket. To be fair, they both have their strengths and weaknesses, which makes their meetings all the more exciting. However, their most recent matches have degenerated a little, moving from friendly banter to outright spite between the two teams. With the third test now underway, former Australian test captain Ian Chappell has spoken out about what is going on in the field.

According to Chappell, it is pure negligence by the umpires and match officials that has allowed these ill feelings to fester and move past a point of no return. Chappell feels that if drastic measures are not taken in this third test, the players will be forced to take matters into their own hands. This means that they will directly respond to sledging and personal attacks. The lack of control by the umpires so far is a clear sign that nothing can be done to satiate the teams any longer.

Aside from the bad feelings on the field, the test series has actually turned out to be quite enthralling. However, if feelings are left to fester and things continue to deteriorate, both teams will not be happy to just grin and bear it. In his website column, Chappell said that the administrators are the ones to blame. They are foolish if they allow the talking on the field to continue the way it has.

Match Officials Should Step In

Chappell says that if the talking does continue, there is certainly going to be trouble on the horizon. He feels that this type of behaviour has been allowed to escalate over the years and nothing has been done to put a stop to it. The constant chatter already causes a bit of animosity but from what we can see, it is set to go beyond nattering.

What is happening on the field has already progressed past the point where the ICC should have intervened. Chappell feels that it was up to the match officials to nip it in the bud before it got to this point. With the third test match underway, the series is evenly poised at 1-1. This third test is a crucial decider. Whoever takes control here will have the psychological advantage. The best the losing team could hope for is a series draw in the fourth match.