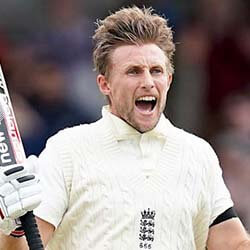 England captain Joe Root says he’s confident he’ll be able to clobber his 7th Test hundred in 2021. He also spoke of foreseeing an angry batting inquest from his side, which he said would unleash a wider response on Boxing Day at the MCG.

A rejigged line-up remains firmly in the pipeline, and one that could see Zak Crawley replace Rory Burns at opener. The Boxing Day match is a must-win for England, who are reportedly under instructions to play a “ruthless” game.

Root, too, appears to be revisiting his approach. The England captain says he feels confident in his abilities to make the most of the conditions at the Melbourne Cricket Ground. According to Root, it will all come down to properly positioning himself and playing with determination.

The England captain said it had been easy to admonish his players after the way the squad had performed during the last two games. He said while he usually preferred a level and pragmatic approach, a strong response is expected going forward.

About what exactly would be needed to motivate England to perform, Root had been straightforward, saying the current state of the series should act as motivation enough for everybody. He said the goal right now is to bring a 2-1 Christmas present back home to fans in the UK.

Despite Root’s personal year of stellar achievements with the bat, he was recently replaced as No. 1 Test batsman by Marnus Labuschagne (Australia). The England captain said even though he’s never been one to pay heed to the rankings, it would be a bonus to have the No. 1 spot back for Christmas.