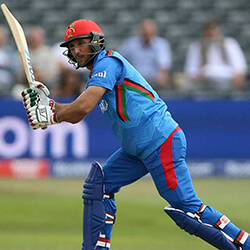 England completed their preparations for the World Cup thanks to a nine-wicket victory over Afghanistan while they were playing at The Oval. Where they had first opened the tournament against South Africa, the hosts dismissed the guests for 160, and then chased a target that they met in a short 17.3 overs. At one stage the visiting team found themselves at 92-8 thanks to a few loose shots, bad running, and the slow pace of Jofra Archer. The knocking of Mohammad Nabi, who had claimed 44 before adding 33 for the last wicket with Dawlat Zadran gave the Afghan fans in the audience reason to cheer.

But that was over quickly thanks to an incredible play from English opener’s Jason Roy and Jonny Bairstow. The pair added 77 at over 10 an over before Bairstow had been stumped off of a spin off from Nabi for 39. Roy continued nonetheless, taking 89 not out from 46 balls, and finished the match that lasted a total of 56.1 overs with his fourth six of the game.

The game ended with good news for the English team. They not only was it found that Mark Wood’s left ankle mean that he will be able to face South Africa with the rest of his team, but captain Eoin Morgan and spinner Adil Rashid will be retuning to the squad after their finger and shoulder injuries, both of which have seen the duo benched for the last game.