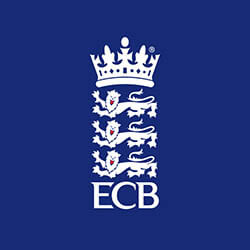 The cricketers as part of England’s World Cup winning team have been awarded the Team of The Year during the BBC Sports Personality of the Year awards event. The team, led by Eoin Morgan, were able to beat New Zealand during a super over in an exciting final that took place at Lord’s earlier this year in July, where they won the men’s World Cup for the first time. It proved to be a success that was four years in the making for hosts England, who had lost in the 2015 World Cup when they were eliminated while still in the group stages.

Since that time, however, the team have steadily worked to reach the top, and are currently the number one in the world one day international rosters, where they have been playing an aggressive form of cricket that has seen them break a number of records. Captain Morgan, talking about the award, said that it tells a story of the journey that the team has been on in the last four years, and that his teams and fans showed faith, courage, and support during their World Cup campaign.

For their final game against New Zealand, the pre-event favourites and hosts had pushed to 86-4 after they restricted the New Zealand team to 241-8. Ben Stokes and Jos Buttler worked hard to tie the scores after 50 overs. The game went into super over, where England won by scoring more boundaries in the end.