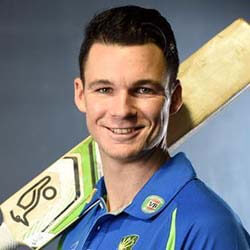 Former Test cricketer Peter Handscomb has leapt to the defense of national team skipper Tim Paine after severe criticism was aimed his way resulting from Australia’s below-per performance in the recent tour against India.

Australia on Tuesday lost the final match of the series to India at the Gabba as the visitors claimed the legendary Border-Gavaskar Trophy 2-1.  The loss at the well-known Australian cricket fortress has led to massive criticism of Paine and a general questioning of his captaincy of the national side. Australia most recent loss at the Gabba is the first of its kind in all of 32 years.

Adding insult to injury was the fact that Paine had no other choice but to apologise for his crude comments towards Ravi Ashwin in the third Test against the Indian national side. He also forfeited several chances on the final day of the Sydney Test, all of which had ultimately led to former England cricketer Kevin Pietersen labeling Paine as someone who hasn’t ever actually been up to the task and responsibility of captaincy.

Handscomb, who is a former teammate of the Aussie skipper, has however come back hard at the likes of Pietersen and his fellow-accusers, describing the questioning of Paine’s captaincy to be an “absolute joke”.

The former Australia player isn’t alone in his support of Paine. Former Aussie wicketkeeper has since added his voice to the pro-Paine party by saying he believed it would be an extreme call by selectors to make any drastic changes ahead of Australia’s tour of South Africa.