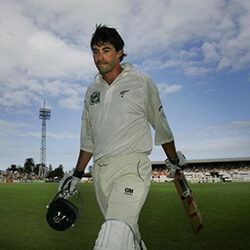 The Melbourne Stars Australian Twenty20 cricket team are once again on the hunt for a new coach. This is as a result of yet another international from New Zealand choosing to leave his post at the Big Bash League. Stephen Fleming has recently announced that he plans to step down. Stephen Paul Fleming, a recipient of the New Zealand Order of Merit, captained his home country’s national cricket team in all 3 of the formats for the game and has been coaching the Stars since 2015. He has told the board that he will not be seeking an extension this time around.

Fleming thus becomes the second former Kiwi international to leave his Big Bash League coaching role during this off-season, following as he does Daniel Vettori, who quit the Brisbane Heat in February 2019. Vettori also received the New Zealand Order of Merit and has since been replaced by Darren Lehmann.

The former NZ Captain stated that he simply feels its the right time for him to step down from the post and give someone else the chance to take the reins, leading the club forward in a different way if they so chose. He said that the club was in excellent shape after rebounding from the last position in BBL 07, 2017-18, to grand finalist this season. Fleming went on to say that he’s confident that the players will be motivated to go one step further next season.