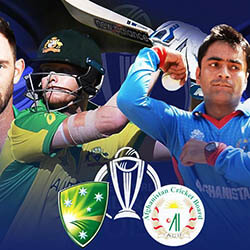 International cricketing schedules only continue to suffer as a global crisis continues to run havoc with scheduling timeslots – with the latest casualty being a historic first-of-its-kind Test match that would have been played between Australia and Afghanistan in Perth in the summer.

In addition to the long-anticipated Test between Afghanistan and Aus, three ODIs scheduled between the Kiwis and Australia have also been called off via a provisional postponement until the 2021-22 cricket season.

The Test between the Aussies and Afghanistan, in particular, is an unintentional casualty of the currently-underway Indian Premier League in the UAE. Since IPL 13 will only conclude early in November, being the same month as the Test, it would have been close to impossible for players competing in both tournaments to complete the mandatory Australia bio-bubbled periods in good time.

Cricket Australia in the meantime says it remains hopeful of finding suitable time slots for all of the postponed matches in the near future. This is however beginning to look more and more unlikely given that World Cups are scheduled for each of the next two years. Even so, said Cricket Australia Interim CEO Hick Hockley, the organisation plans on working closely alongside the Afghanistan Cricket Board as it endeavours to deliver the postponed Test at a more opportune time.

The Australian men’s team will for the moment still host India for a series of Tests, ODIs, and Twenty20 Internationals scheduled to be played in December and January, Hockley has confirmed.