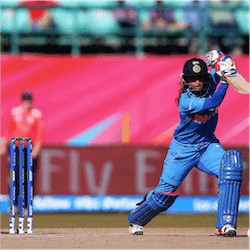 However, sports betting fans will want to follow the Qualifier, as it not only has punting options of its own, but it will also reveal the form of the teams Australia will face alongside New Zealand, West Indies and hosts England in June. There are ten women’s cricket sides competing for national honour in the Qualifier, at present competing in two groups.

At the time of writing, the Qualifier was only halfway through the group stage. However, as expected, India and Sri Lanka are already clear favourites in Group A. India is top of the table, after beating Sri Lanka and Thailand, but Sri Lanka is close behind after a victory over Ireland.

Ireland managed to beat Zimbabwe, so their record of one win from two matches so far equals Sri Lanka’s. Zimbabwe and Thailand have both yet to win a match, but if Ireland can pull off a surprise win against India and see off Thailand, they could make it into the Super Six ranked higher than Sri Lanka.

In Group B, South Africa has completed two matches undefeated: against Pakistan and Scotland. Pakistan did manage to beat Bangladesh, however, and Bangladesh in turn thrashed Papua New Guinea, so the two sub-continental rivals are neck-and-neck below South Africa.

However, Pakistan is likely to beat both Papua New Guinea and Scotland, while Bangladesh will be hard-pressed to overcome South Africa on current form, so it looks like Pakistan will finish this stage second in Group B, and Bangladesh third. The group stage will finish on Monday, and the Super Six phase of the Qualifier begins on Wednesday.