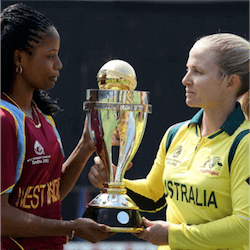 The ICC Women’s World Cup Qualifier in 2017 sees 10 teams through to this stage of the competition. With everything to play for teams will be making the most of these upcoming matches and will be sure to put their best foot forward as the competition at this level is something that each and every team needs to take heed of.

The 10 teams will be divided into 2 groups of 5 teams. These matches start on February 7th 2017 and will run until the 13th , after which the top 6 will compete in the Super Six Stage. The top 2 teams from there will then meet in the finals.

After these epic  match ups the Super Six stage will commence, and the top 6 teams will head towards the finals.