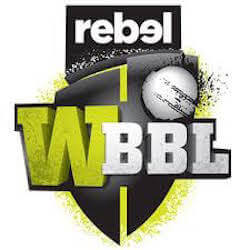 In their most visible signing in the three years that Women’s Big Bash League cricket has existed, Hobart Hurricanes have guaranteed a massive boost to their fan base by acquiring Indian star batter Veda Krishnamurthy.

The third WBBL tournament is set to run until February 4, 2018, and although the Hurricanes’ coup is likely to boost their profile in the tournament and bring WBBL plenty of new viewers, it could be something of a double-edged sword.

Between her Twitter, Instagram and Facebook accounts, Krishnamurthy is followed by more than 397,000 people. Which means that this stalwart of the India Women side has a social media following around 1.8 times the size of the Tasmanian capital’s entire population.

On the one hand, that means the Hurricanes can probably expect a huge increase in the number of punters rooting for them, betting on them, and sending them support throughout this season’s WBBL.

One the other hand, Indian fans take their cricket seriously. That’s an understatement: ‘obsessively’ might be a better word. And they aren’t shy to let players and teams know when they’re disappointed, either.

So if they don’t want to be faced with a storm of colourful abuse and derision online, the Hurricanes will need to make full use of the 25-year-old right-hander, and she’ll need to deliver some cracking T20 innings. The Hurricanes have made the semi-finals in both previous WBBL tournaments, finishing third in 2016-17 and fourth last year, but this year they need to go all the way.

Krishnamurthy, who was a vital part of the India team that finished this year’s Women’s ODI World Cup as runners-up in the final to England, is the third import to be recruited into the Hobart’s WBBL side.

England opener Lauren Winfield will also be joining her Indian erstwhile rival as a new Hobart signing. West Indian all-rounder Hayley Matthews has played for the Hurricanes since the tournament’s inaugural season, and the Barbadian will be back hoping to make a difference again this year.